A Marvelous Life and Ministry

Fueled by the tremendous crossover success of the 1968 recording "Oh Happy Day" by Edwin Hawkins, the era of large choirs exploded onto the gospel music scene. Hawkins, his talented siblings and other family members broke the dominance of Chicago as the gospel music capital of the world and eclipsed James Cleveland's reign upon the music style and repertoire of the genre.

As a musician in a community gospel choir and founder of a university gospel choir at the time, I was drawn to the music of Walter and Edwin Hawkins because it seemed to blend together the soulful Motown and Philly R & B sounds, the introspective genius of a Donny Hathaway and Roberta Flack, classic and contemporary jazz harmonies and even Latin and African rhythms and syncopations.

This new emergent gospel style, pioneered by the Hawkins, ultimately became known as contemporary gospel. Not only did the music possess more contemporary rhythms and fuller orchestration but the lyrics were like sermons set to music, being deeply rooted in scripture unlike the "7/11 (seven words sang 11 times over and over) songs" so prevalent even today.

The musical offspring of the Hawkins' creativity and spirituality include several contemporary performers who have prospered including the Winans families, Fred Hammond, Donnie McClurkin and Yolanda Adams and more recently Kirk Franklin, who have all become internationally renowned artists.

Since the early 1970s when I was a church musician and Minister of Music until now as a Pastor, the music of Walter and Edwin has been the standard of excellence for me and I have always included one or more Walter or Edwin Hawkins musical compositions in the church order of service. They make up a substantial majority of our repertoire of praise and/or worship music even to this day.

RIP Bishop Walter Hawkins. What you have done is MARVELOUS! 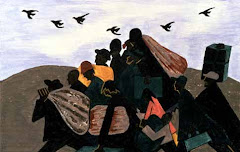 -
From a new search engine